Witnesses That Can Be Used For Car Accident Injury Claims

The first major category of witnesses is witnesses to the accident 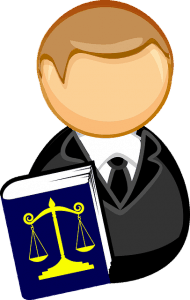 From auto injury lawyer Steven Montag: When the police are conducting their investigation and when anyone else is trying to determine what happened and who is at fault, witnesses to the accident are very important.  Some situations are pretty self-explanatory such as when a driver violates a stop sign or a yield sign and causes an accident.  In other situations, the fault is determined by what witnesses have to say.  It is important to get the names and contact information for all witnesses at the scene of the accident.  Keep track of this information because you are likely to need it later.

Witnesses to the accident are often necessary to prove that negligence occurred.  Without proof that another driver negligently caused your accident, you cannot make a claim to receive compensation against him or her.  All of the witnesses to the accident must be questioned to determine what they saw.  Their statements will be scrutinized by all parties and if they tell a clear and compelling story you can probably prove fault.

What affects the strength of a witness to the accident?

Prior criminal history can be used against any witness.  If a witness is a felon or if they have been found guilty of any offense that involves dishonesty they will be damaged as a witness.  Friends and family members or anyone that you know especially if they were in the car with you will be considered less than totally impartial witnesses.  Anyone with memory problems or who cannot tell a coherent story will be a weak witness.  If the witness was drunk or impaired at the time they will be deemed less credible.  Poor vision is a problem for an eyewitness.  Even though there are many conditions that can discredit a witness, eyewitnesses play an important role in proving liability in disputed injury claims.

Another major category of witnesses is expert witnesses

Expert witnesses include accident reconstruction specialists who make careful observations and measurements of the vehicles and evidence at the scene of an accident.  They are important in proving how an accident happened especially when there are no eyewitnesses.  Another large category of expert witnesses is medical experts.  Often the treating doctors will be called upon to give expert opinions in court or at pre-trial depositions.  Their opinions are necessary to prove that the accident caused your injuries and to prove the extent of your injuries.  Different doctors stand up to hard questioning better than others.  An experienced injury lawyer in your community may be familiar with the doctors involved and can help you make the best use of their expert opinions.  There are also defense experts that insurance companies hire to help defend them in court.  Experts are also often called upon to interpret and present evidence with reports such as Functional Capacity Examinations that measure your physical abilities and limitations.  This information is used to determine impairment ratings that quantify your disabilities and give them a dollar value.  These studies can also be used to determine the effect on your ability to earn money in the future.  Neurological and Psychological evaluations are also used to document the effects of head injury including memory loss and intelligence.  Medical experts are needed to present this evidence in court and give it a monetary value.

Friends and family members are the best people to describe how your injuries affect your daily life.  They can describe the things that you used to do and the things you no longer do.  Every day things like work around the house or what you do for enjoyment such as hiking, exercise, sports, and other hobbies can be affected.  An employer or coworker can be a witness to describe how the accident affected your job performance.