Following are my thoughts on a subject that affects the ability of any person injured in a Nebraska motor vehicle accident to make a successful injury claim. 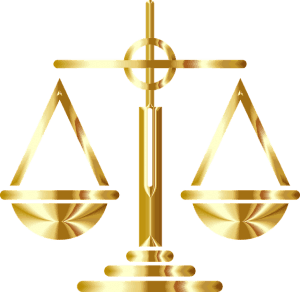 My client was driving straight down a residential street, going through an intersection that had no traffic control for her but there were stop signs for the intersecting street.  She was struck by a vehicle traveling at a high rate of speed that had not even slowed down for the stop sign.  The Omaha police were called and they came to the scene of the accident.  The police refused to make a report because they did not think there were injuries, even though there was significant property damage and my client’s vehicle was totaled.

Later the same day my client decided she needed to go to the hospital.  That is not unusual.  When an accident happens, it is an exciting and scary event.  You can be injured and barely even notice.  Often you feel the pain later.  They call it delayed onset of symptoms and it happens frequently.  You seldom can tell how badly you got hurt right away.  Serious injuries like ruptured disks or a torn meniscus may not be immediately apparent.  Not all significant injuries involve bones sticking out of the skin. Once you have a little time to stiffen up and let the adrenaline wear off, you have a better idea whether or not you got hurt.

My client’s accident seemed like a very clear fault situation

My client’s accident seemed like a very clear fault situation and the at-fault driver did not dispute the cause of the accident right away.  However, he made up a completely different story about how the accident happened when he talked to his company’s insurance adjuster later.  Things like this happen all the time.  I also have to be skeptical enough to critically review any information I am given about the accident from my clients.  People often do not want to take responsibility for their actions and accidents tend to bring out the worst in many people.

Without a police report, an independent witness or video of the accident, there is a problem.  If both drivers agree about how the accident happened things can still work out.  If they do not agree, it becomes a he-said-she-said situation and often no one, including an insurance company, a lawyer or a jury can sort it out.

The police are currently spread thin and they do not want to investigate car accidents unless someone is injured.  That is a problem because you may be shaken up and do not even know how badly you were hurt right away.  The police report has been traditionally been the most important source of reliable information about car accidents.  It is hard to replace a report that is prepared immediately after an accident by a trained and unbiased investigator.  With the police being defunded and increasing crime for them to deal with, I do not see them getting more diligent about investigating car accidents any time soon.  At this point, you can call the police and they will be hesitant to respond at all.  You should try to get them to make a report even if they are not eager to do so.  It has become the policy of some major Nebraska police departments not to file any reports unless they see significant injuries.  If they scrape you off and leave without making a report they are setting you up for problems.  The next day or later the same day when you feel that you were hurt and want to go to the hospital it may not be possible to get the evidence needed to hold the at-fault driver accountable.

If you feel that you were hurt at all, even if you are not sure yet just how badly, push to get a report written.  Do not minimize the severity of your injury. Make sure they know about everything that hurts and get their help by calling an ambulance if it is appropriate.  Try to be polite and respectful but assertive when talking to a police officer.  However, if an officer does not want to write a report, even after you tell them you were injured, calmly try to get the officer’s name and badge number and make a complaint promptly.  It would also probably be good to note the car number, the exact location of the accident, and the time that they got to the accident scene.

Now that you cannot count on help from the police documenting what happened in an accident, you need to do everything possible to help yourself.   That includes documenting what happened, who was involved, and getting proof of insurance.  Talking to the other driver and getting their contact information is a start.  Also, get the names and telephone numbers of any people that witnessed the accident happen. If you cannot contact them later they will not be any help.

Pictures of the people and vehicles involved as well as the scene of the accident should be taken.  Pictures of the at-fault driver, their driver’s license, and their registration are also good.  A dashcam is probably the best witness you can have.  Also, note any nearby businesses that may have video of the accident.  City cameras at intersections are not available to be used by the public.  I have been told by city officials in Lincoln and in Omaha that the video images are not recorded and are not available for our use.  It is pretty safe to assume that no city will make recordings from their cameras available to the public.  Buy a dashcam and use it every time you drive!  They can be purchased for about $50 and they can preserve critical evidence about who caused an accident.  You should also take notes about the time and place of the accident including the direction of travel of the vehicles involved.

Insurance companies act in their own best interest

Insurance companies are businesses that have obligations to their shareholders as well as to their customers.  They are in business to make a profit and you cannot really blame them for acting in their own best interest.  Unfortunately, that does not always help people who have been injured in an accident.  A significant downside of dealing with an insurance company is that whenever there is conflicting information about what happened in a car accident, they can be counted to use any information they get to deny a claim.  That is not always accurate or fair.  Without solid evidence to prove what happened, there is little anyone can do.

Even though it will probably be more difficult to get justice and appropriate compensation for car accident injuries in the future, there are several things you can do to help yourself.  It would be good to buy a dashcam and use it every time you drive.  Also, it would be helpful to carry a checklist of things to do after an accident with you in the car.  Put it in your glove compartment with your proof of insurance and registration.  It is just like making a grocery list before going to the store, there are enough things to remember that it would be hard to get everything done without a list.  It would also be good to have a small notebook and a pen or pencil to take notes.  Following is a checklist of things that you should think about right away after an accident.  It is not a complete list but it should be a good start for organizing your thoughts and collecting information right away before the people involved and witnesses have left the scene.  You can also see what your insurance company recommends.

Try to keep things as calm as possible

Try to keep things as calm as possible.  As soon as you get upset you will be more likely to miss getting the information you need and you may do something you will regret later.  In extreme cases, I have even known of people who got so upset that there was a fistfight.  Even if the other driver caused the accident, a fistfight will kill your claim.

Offer to exchange information with the other driver.  They will probably be more cooperative about giving you information if you do the same thing for them.

Get the name address and telephone number of the at-fault driver.

Ask to see the other driver’s license.  You need to know who you are dealing with.

Ask to see the registration and insurance card for the car that hit you.

Ask if the car belongs to the driver who hit you and if it belongs to someone else ask about the owner.  That is something that the registration will help with.

Get the names, telephone numbers, and addresses if possible of all witnesses who actually saw the accident.  Talk to them about what they saw.

Write down notes about when and where and how the accident happened.  Include as much detail as possible including the lane of travel and direction each vehicle was going.  Also note the time of day, any traffic control devices, speed limits, and weather conditions as well as things like whether there was construction or other vehicles parked or driving nearby.