How Much Will You Get From A Car Accident Settlement After Lawyer Fees?

How Much Will You Get From a Car Accident Settlement After Lawyer Fees?

It can be tempting to handle your car accident case by handling the insurance claims yourself, but your settlement will likely be less than if you had hired an attorney. A car accident attorney understands the process and has the resources necessary to level the playing field against insurance companies. Without legal representation, you are essentially at a disadvantage. If you have a lawyer, you can keep 100% of the amount you recover. 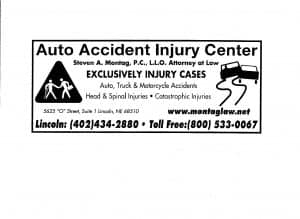 (For a car accident injury lawyer, contact us today!)

In New York, the law is no-fault, meaning that the at-fault party must file a claim through his/her own insurance company. Under this system, the insurance company will pay for any economic and medical damages that result from the accident, but not for non-economic losses. As a result, an average car accident settlement in New York State after lawyer fees is around $287,000, nearly eight times the national average. Generally, small to medium-sized accidents are not pursued, and there are only special circumstances where a lawsuit can be filed.
Many factors contribute to the average car accident settlement in New York State after lawyer costs. Depending on the circumstances, the amount of the accident and the severity of the injuries suffered may influence the total amount awarded. If the person sustains permanent life-altering injuries, the insurance company will typically award more money than someone suffering from a minor injury. However, a lawyer can help you determine how much you can expect to receive based on the facts of your case.

There are many reasons to hire a lawyer after being involved in a car accident, but a good one is to receive the maximum compensation you are entitled to. As the injured party, you may have to deal with a difficult insurance company. It is important to have a good attorney who will aggressively fight for your rights and negotiate for the best possible settlement. Additionally, you have two years from the date of the accident to file a lawsuit.
The average car accident settlement in Texas after lawyer fees is $21,000, which is enough to cover the victim’s medical bills and repair expenses. A more valuable claim may receive up to $35,000, depending on the circumstances of the accident. Insurance settlements generally fall within the limit of the policyholder’s insurance. Depending on the extent of the damage, the injured party may seek reimbursement from the at-fault party’s insurance company.

The average car accident settlement in Florida after lawyer fees varies from $10,000 to $60,000, but it generally hovers around $15,000 – although some cases go higher. This figure is based on the extent of personal injury and bodily injury coverage carried by the driver at fault. An attorney can help you understand the claims process and provide much-needed support. Here are a few factors to consider before hiring an attorney.
In Florida, all drivers are required to carry personal injury protection insurance (PIP) policies. PIP coverage pays for injuries that meet set criteria, such as whiplash, and the like. It does not cover property damage, though, and you can seek compensation from the other driver’s insurance company. You should contact your insurance company for details, too. Most lawyers will ask for a small retainer fee when they first start the case.