What Is The Fine For A Hit And Run?

What is the Fine For a Hit and Run?

There are different ways to get penalized for hit-and-runs. Administrative penalties are imposed in almost every state. These are typically imposed through the individual state’s Department of Motor Vehicles. The fine varies based on the state but may be as high as $1,500.

(Looking for a Lawyer for Catastrophic Injuries in a car accident? Visit us today!) 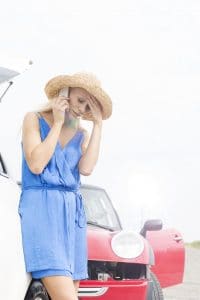 The punishment for a hit-and-run offense is severe. A fine of up to $500 is a typical penalty. It can also land a driver in jail for up to a year. Fortunately, there are several ways to avoid being convicted of hit and run.

Hit and runs are typically charged as misdemeanors, but in some cases, a driver may face a felony charge if the accident causes serious injury or death to another person. In such cases, the fine can reach $25,000 and/or five years in jail.

A driver may also be charged with a hit and run for failing to comply with his or her legal responsibilities after an accident. As part of a hit-and-run conviction, drivers are required to remain at the scene of an accident and offer assistance to any injured persons. This could mean driving the injured to a hospital or making arrangements for medical care.

While a hit-and-run conviction can result in jail time, the punishment for this crime varies greatly depending on the specific facts of the case. In most states, administrative penalties for hit-and-run are imposed through the Department of Motor Vehicles. A convicted hit-and-run driver may also lose their CDL.

Under California’s Vehicle Code, hit-and-run drivers can face a maximum jail term of three to five years. However, the sentence can be increased if the defendant is found guilty of vehicular manslaughter. Additionally, a conviction will add two points to a driver’s driving record. Four points in 12 months can result in a six-month license suspension.

The length of a hit-and-run investigation depends on the amount of information collected. Information such as the license registration number, the make and model of the car, and any other persons involved are critical. This information may be obtained from witnesses or the victim. Traffic cameras may also help gather all the details needed to get a conviction.

Administrative penalties for hit-and-run accidents vary from state to state. These penalties can include losing your driver’s license for a certain period. The length of time is determined by state law, but in most cases, the suspension is a year. If the accident is particularly serious, the suspension can be as long as three years.

Although hit-and-run laws apply to highway collisions, they can also be applied to parking lot accidents. In many cases, the offender must leave contact information on the windshield of the car that they hit. The driver should return to the accident scene as soon as possible to get help if necessary.