What Happens In A Hit And Run Investigation?

What Happens in a Hit and Run Investigation?

If you are involved in a hit-and-run investigation, there are several steps you can take. The first step is to collect as much information as you can. This includes witness information and writing down their names and contact information. Even the smallest details can be important to the police and your lawyers. You should also contact your insurance company and file a report. If you fail to make a claim, you may lose the opportunity to get compensation. Fortunately, New York state’s PIP insurance law gives you the right to get compensation for injuries you sustained. 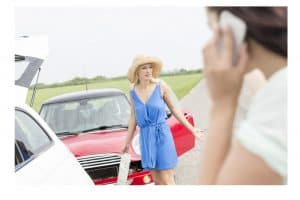 (For a Hit-And-Run victim, we are the Lawyer for you!)

Eyewitness testimony is a powerful tool in a hit-and-run investigation, but it is also flawed in several ways. One common reason for witness inaccuracy is the misinformation effect. This occurs when something happened between the time the witness saw the accident and the time they reported it. The misinformation effect can affect eyewitness testimony and taint other eyewitnesses’ memories.

The video surveillance footage may also be helpful for a lawsuit. It can also help prevent other crimes, such as theft. However, the footage is not always accessible to the injured victim. In this case, it is essential to preserve the footage.

When preparing to recreate a crime scene in a hit-and-run investigation, the main thing to do is to understand how the evidence is processed and how to preserve it. This can be done in a few ways. First, make sure you sketch the scene. The sketch should include a background floor plan and the location of any evidence. You should also draw the walls, doors, windows, closets, and specific objects in the scene. Also, include any signs or objects that may have been left by the perpetrator.

Next, you need to make sure the diagram is accurate. This will ensure that you are capturing all the details, and it will also be helpful for you after the crime scene is cleaned up. You can gather information from people who know the scene, such as witnesses, police officers, or detectives. It is also helpful to get first-hand measurements of the scene.

If you are involved in a hit-and-run case, the first step you should take is to contact the police and get as much information as you can about the other driver. It’s also important to gather any information from witnesses. You should also write down any details that could be helpful to a lawyer or police officer. Also, it’s vital to call your insurance company immediately. Even if the other driver can’t be found, you may still be able to claim them if you have surveillance footage.

Once the police have obtained the necessary information, they will begin their investigation. The police will try to contact the driver through various methods, including phone calls, letters, and even in person. The driver may be asked to appear in court.