How Long Does Hit And Run Stay On Record?

How Long Does Hit and Run Stay on Record?

A hit and run is a crime that involves the driving away of the other party after an accident. There are several things you need to know about this crime, such as what the penalties are and how it will affect your insurance rates. In addition, it is important to get a police report if you were involved in a hit-and-run. 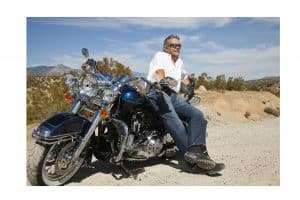 (For an Auto Accident Lawyer, visit us today!)

Crime of leaving the scene of an accident

Leaving the scene of an accident is a serious crime that can lead to thousands of dollars in fines and years in prison. Although it may seem like a no-win situation, many solid defenses can help you avoid these charges. Some of the most common defenses include mistakes of fact, fear of personal safety, or coercion. Your lawyer can help you determine whether these defenses apply to your case.

The crime of leaving the scene of an accident is classified as a misdemeanor in most states. However, in some states, it is a felony. If you have property damage due to the accident, you can expect to face a minimum fine of $250 and up to 15 days in jail.

If you have ever been involved in a hit-and-run, you may be wondering about the penalties. These charges carry steep fines – up to $2,000 – and could even affect your driver’s license. Fortunately, there are a variety of ways to reduce the consequences of a hit-and-run conviction, including taking a defensive driving course.

Penalties for hit and run vary depending on the extent of harm caused by the accident. Generally, though, a hit-and-run driver can get away with it by saying they didn’t realize they had struck anyone. Even in fatal accidents, prosecutors aren’t likely to catch the driver involved unless they can show that they intended to hurt someone else.

There is no way to predict how much an accident caused by hit-and-run drivers will affect your insurance rates. These types of accidents are extremely common, making up as much as 11% of all car accidents in the United States. If you are the victim of one, you may not be able to receive compensation from the other driver, and you may have questions about how to proceed. Hit-and-run insurance may be just what you need to get back on your feet.

Insurance rates won’t increase after a hit-and-run accident as long as you’re not at fault in the accident. However, if you’ve made several claims in recent years, your rate might go up. To avoid this, you can use discounts and search for a new car insurance company.

Getting a police report after a hit-and-run

After an accident, it’s important to get a police report to support your insurance claims. The police report will contain the observations and statements of the officer involved. It’s important to have this report for a variety of reasons. Insurance companies will not be able to consider the other driver’s statements without this documentation. If you feel the other driver’s actions were the cause of the accident, getting a police report will help support your claim and make the claim process easier.

You can request the accident report from the police station in the precinct where the accident took place. Most precincts will mail accident reports to you within 30 days of the incident. To obtain the report, you need to fill out the Request for Copy of Collision Record Form, and you should make two copies to mail or drop off at the precinct. Alternatively, you can request a copy online through the NYPD.