How Does Newtons 3rd Law Of Motion Affect A Car Accident?

How Does Newton’s 3rd Law of Motion Affect a Car Accident? 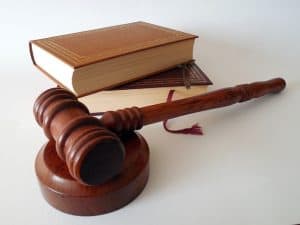 (Looking for a car accident lawyer USA? Contact us today!)

Crumple zones reduce the force of a head-on collision

A crumple zone is a design concept for automobiles that minimizes the force of a head-on collision. These zones are made up of specially reinforced and weakened parts of a vehicle’s frame. These parts fold on themselves to absorb more force than other parts of the car and prevent injury to passengers.

A crumple zone reduces the force created by a head-on collision by about half. These zones are present in most cars that were manufactured after 1967. They reduce the force created during a crash by extending the period of deceleration.

Seat belts help prevent occupants from tumbling and crashing in a car accident. They do this by stretching in a collision, reducing forces on the body, and increasing the time for momentum to return to zero. A seat belt is an unbalanced force, meaning that it does not have an equal and opposite force. The result is controlled deceleration.

Seat belts also reduce the force of impact. Seat belts are a crucial piece of car safety equipment. They help hold you in the car, preventing you from slipping out and breaking a window. Without seat belts, you could lose your life in a car accident.

For example, suppose car A slams into a wall. The impact would cause the car to slow down. However, the wall is static and does not move, so the full force of the car hitting the wall must go somewhere. Moreover, the collision would affect the entire planet, as its mass is very large.

The transfer of energy is the fastest when an object is moving forward at high speed. The impact causes the object to slam forward and hit the steering wheel, dashboard, or windscreen. Regardless of whether the object is hard or soft, the occupant will most likely hit the steering wheel first, causing potentially life-threatening injuries. If they are not buckled up, they may also be ejected through the windscreen, which can result in a catastrophic injury.